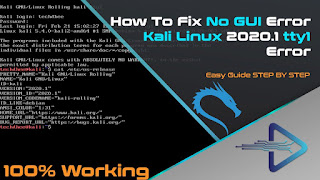 I found a horrible error when I installed the latest version of Kali Linux on one of my machines, after installing the OS when I started it, it booted into a black screen which asked for my login credentials without any GUI. 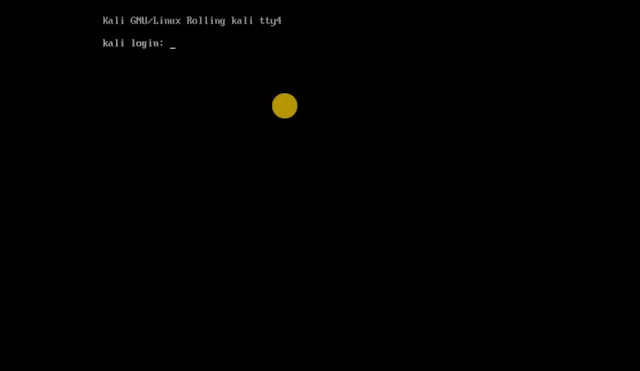 It is heartbreaking to see problems right away in a freshly installed operating system but after some Googling, I dug out the solution which I will share with you here.
Steps to solve No GUI tty1 Error in Kali Linux

As you can see, no repositories are mentioned here so obviously we'll have to add kali official repositories to this file.
6. Write command: sudo nano sources.list
7. Write your password
8. Now add the following repositories at the end of the editable file which is opened on the terminal:
deb http://http.kali.org/kali kali-rolling main non-free contrib

deb-src http://http.kali.org/kali kali-rolling main non-free contrib
9. After adding the above lines to the file, press Ctrl + O and Ctrl + X to save and close the file respectively.
10. Write command: sudo apt-get update
11. After the update has completed, write command: sudo apt-get install gdm3 , type Y(Yes) on the prompt. The installation might take some time.
12. During installation, a wizard will open in which you have to change the default display manager to gdm3  and hit Enter!

Now you will be able to see the GUI.
tags: troubleshooting - kalilinux - GNU